Home > Knotweed: what should the legislators be doing?

Knotweed: what should the legislators be doing? 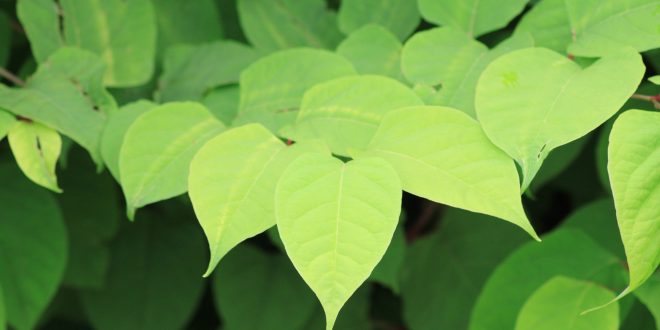 On 22 January 2019 the House of Commons Science & Technology Committee (“STC”) held an inquiry into “Japanese knotweed and the built environment”. It received written submissions from 27 interested parties, ranging from the Law Society and Royal Horticultural Society to companies specialising in the treatment of non-native invasive species and concerned individuals.

In addition, evidence was given by way of a panel discussion by two groups of witnesses.

Having reviewed the materials submitted and watched the STC hearing (https://parliamentlive.tv/Event/Index/6362def1-dbe5-44ba-b967-42b57e23f44e), Andy Creer provides an overview of the evidence considered by the STC.

Little of the published research that has been undertaken in the last 20 years has sought to investigate the circumstances in which JK causes damage to the built environment.

Last year AECOM were involved with Leeds University in the first peer-reviewed publication to look at JK’s capacity to cause structural damage [Fennell et al (2018) “Japanese knotweed (Fallopia japonica): an analysis of capacity to cause structural damage (compared to other plants) and typical rhizome extension”]. The research comprised of three elements: –

Amongst the conclusions by Fennell et al was that trees and plants like buddleia are more likely to cause damage and to cause greater damage when they grow in proximity to a building than JK.

Japanese Knotweed Ltd’s figures from its own customer base, suggests that where JK is growing within 1m of a built structure there is a 29% incidence of damage. Here built structure includes patios, paths and driveways. Further, unlike the AECOM case study, there was no distinction drawn between the incidence of damage and its causation. As Prof. Wade noted, typically, the rhizomes follow the path of least resistance and will grow into existing cracks in masonry, conduits and the like. Therefore, it can appear to have caused damage, where, in fact, it may have only exploited the existing dilapidated condition of the structure and accelerated the deterioration.

2. How does the presence of Japanese knotweed in the UK affect mortgage lending decisions and property valuations?

While the “Red Book” does not make any specific reference to JK, the RICS risk assessment categories published in 2012 in a RICS information paper, has become the industry standard for reporting on JK.

When it was introduced it provided a much-needed and useful framework for valuers to report to lenders on the presence of JK on properties to be held as security in a consistent and comprehensible manner. The categorisation is based proximity, referred to as the “7m rule”, which is derived from an Environment Agency publication in 2013 (since withdrawn) which stated that rhizomes may grow laterally up to 7m.

Because of the physiology of the plant and its ability to grow from a small amount of viable rhizome (stated to be as little as 0.7g by research by Brock & Wade in 1992), it is very difficult to be sure that, even if chemically treated, JK will not reappear in future years. Accordingly, where the presence of JK puts a residential property within risk category 3 or 4, most lenders will require evidence of a treatment programme and an insurance-backed guarantee to cover the cost of possible future treatment.

Currently, where a property is in risk category 1 or 2 (where JK is beyond 7m from a habitable space or the neighbour’s boundary), many lenders will not require a surveyor to notify them of the JK.

3. Whether mortgage lending decisions relating to the presence of Japanese knotweed are currently based on sound scientific evidence of its effect on the built environment.

JK affects land in two key ways. Firstly, and historically the main concern of lenders, has been the possibility of JK to cause damage. There was general agreement amongst the panel members that the risk posed by JK is less than that widely attributed to it.

Secondly, soil containing rhizomes is designated as controlled waste under the Environmental Protection Act 1990. The presence of rhizomes can, therefore, affect the development of the land. This is the current basis for liability in nuisance, where there has been encroachment of rhizomes from a neighbouring property.

The PCA, amongst others, have sought to provide evidence from its members to RICS in order that the 7m rule may be revised. Fennell et al’s case study suggested that rhizomes rarely spread more than 4m from the above ground plant.

Moreover, there is a general concurrence of views that the RICS risk assessment framework does not accurately reflect the risk posed by JK in any given situation. The age and size of a stand, the age and condition of the building and the soil conditions may affect the propensity of JK to cause structural damage to a property, rather than proximity alone.

As yet, there has been no study as to the prevalence of JK in the UK and there is a lack of empirical data to provide meaningful risk assessment by valuers, homeowners and lenders.

While the propensity for JK to cause physical damage to the built environment may have been over-estimated, the robustness of the plant presents an unique risk profile: today’s treatment plan does not necessarily eradicate the plant.

The STC expressed a concern that lending decisions are being made on policy based on out-of-date evidence and welcomed RICS’ stated intention to review its publication, hopefully later this year.

The presence of JK can have impact on the market value of a property which is disproportionate to the risk and/or the likely costs of remediation. There is also an appreciation that some property owners face difficulties in selling their homes, where the recommended treatment programme (required by potential lenders) would involve neighbouring land.

The current legal process was generally considered to be cumbersome and the STC mooted the possibility of primary legislation which might allow a third party body (not the Environment Agency, who distanced themselves from such a role) to take enforcement action.