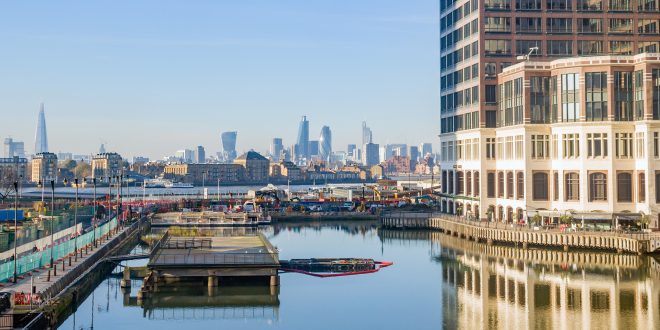 A property blog should provide comforting reading material to which the keen property lawyer may resort by way of distraction from what is going on in the outside world: a refuge from the overload of information which in these days of rolling 24-hour news and screen-addiction would otherwise prove inescapable.

I don’t know if you’ve noticed, but the media – whether print, broadcast or (possibly depending on your age) social – has in recent months become ever more saturated with the political and constitutional ramifications of something called ‘Brexit’ which seems to have led to levels of community division greater even than the invention of Marmite: Some believe it to be the starting point on a journey to making Britain ‘great again’; for others, however, it marks the catastrophic and fatal end of the relevance of this nation beyond its shores and would be better termed ‘Brignitas’.

Consequently, by way of comforting distraction from all things Brexit, I thought I would delve into something nice and arcane, perhaps something about the law of frustration as it applies to leasehold estates in land. And, here comes an interesting and relevant case on frustration: Canary Wharf (BP4) T1 Ltd & Ors v. European Medicines Agency [2019] EWHC 335 (Ch).  What’s this about?  The decision of the EU in November 2018 to relocate the European Medicines Agency (‘EMA’) from London to Amsterdam (temporarily from January 2019 and permanently from November 2019) following the UK’s notification of its withdrawal from the EU and its ceasing to be a member state.  Oh no!  Sorry!  How frustrating!  Or not, as, in fact, Marcus Smith J. held.

The EMA is relocating to Amsterdam less than five-years after the execution of a 25-year lease (‘the Lease’) of its London premises which were, at least in part, constructed to meet its own bespoke requirements. Moving offices is expensive.  Moving offices when you have to pay rent at the new place and the old place is very expensive.  How expensive?  Well, the EMA’s rent and service charges in London for each of 2016 and 2017 was of the order of €18,000,000 and was estimated at €13,000,000 for the first year in Amsterdam.  Not surprisingly, therefore, EMA wanted to bring to an end its obligation to make payments under its London lease.  Easy!  Exercise the break clause.  There isn’t one?  Oh.  Then argue the lease is frustrated: either by virtue of supervening illegality or by failure of common purpose.

That’s what it’s all about, and for anyone with an interest in both current affairs and property law this long decision (extending to 259 paragraphs with 285 footnotes, a three-page contents list and a three-page index, covering 98 pages in all) explaining why, in the judge’s view, the lease was not frustrated makes for a fascinating read. But this isn’t the place for a full and detailed consideration of a case such as this and for that purpose Practical Law has a ‘Legal Update: Case Report’ elsewhere.  We’ll have to settle for a few observations.

Deal or No Deal

By early 2019 you can be pretty sure than anyone discussing ‘Deal or No Deal’ is talking about Brexit rather than Noel Edmonds’ TV show (which, interestingly, moved the other way from the Netherlands to the UK in 2005). And the distinction was something which the judge himself had to grapple with.  The political and constitutional uncertainty which remains a feature of the Brexit debate generally played its own role in the decision.  The judge was (as is the country at large still, at the time of writing) faced with a certain degree of uncertainty as to how Brexit would ultimately play out.  He identified five potential Brexit scenarios:

Scenario (5) could be ignored entirely because it would likely remove any potential to argue that the lease had been frustrated – because the EMA would no longer be able to argue that it could not remain located in the UK. Whether the EMA would stay in London and what dispute it might then have with its landlord in Amsterdam can only be the matter of speculation. However, it would render the dispute before Marcus Smith J’. entirely redundant. Scenario (4) could also be ignored because – in the absence of knowing what other terms of withdrawal might be agreed – it was purely hypothetical. Scenario (2) differed from Scenario (1) only in terms of date and not in substance so might be ignored on that basis.

So, ultimately, it was only necessary to consider the EMA’s case in relation to Scenario (1) and (3) and its arguments were rejected as to both. The judge concluded that there was no supervening illegality: in Scenario (1), while the EMA’s protections and position might be materially adversely affected by the UK’s withdrawal from the EU and while there might be good political reasons why the EU would not wish the EMA to be located outside the territory of a member state the EMA nonetheless remained able to comply with its obligations under the Lease (including paying rent) and to dispose of the property by assignment (if it could find a prospective assignee); in Scenario (3) the potentially adverse effect on the EMA’s protections and position caused by the UK’s withdrawal would be tempered by the effect of the withdrawal agreement which provided for the persistence of EU law in the UK pending the permanent framework agreement and thus would only (and then only possibly) arise once that framework had been agreed.

In addition to arguing that the Lease was frustrated by reason of supervening illegality, the EMA also argued that it was frustrated through breach of a common purpose: and in considering that argument (which he ultimately rejected) the judge reviewed in particular two cases: Herne Bay Steam Boat Company v. Hutton [1903] 2 KB 683 and Krell v. Henry [1903] 2 KB 740.

Popular discussion about Brexit (by which I mean discussion by the public; obviously I don’t intend to suggest that Brexit is a topic which people actually enjoy discussing – or hearing other people discussing) often turns to the issue of sovereignty and it is apt that the two cases just mentioned should have sovereignty as their common constitutional background. In particular, both cases occurred because of the delay of the coronation of King Edward VII. Prince Albert Edward had been Prince of Wales for 59 years (only Prince Charles has beaten that) and, following the death of his mother Queen Victoria, was due to be crowned King on 26th June 1902. However, on 24th June he was diagnosed with appendicitis and was operated on. His coronation was postponed and took place on 9th August 1902.

In the Herne Bay case Mr Hutton agreed in writing to hire a boat to take fare-paying passengers ‘for the purpose of viewing the naval review and for a day’s cruise around the fleet’ on 28th and 29th June 1902 and paid a deposit of £50. However, in the circumstances prevailing, the naval review was cancelled and Mr Hutton declined to pay the balance. The owners of the boat deployed the boat elsewhere and sued for their losses. The Court of Appeal held – notwithstanding the words of the contract – that it was simply for the hire of a boat (any other would have done as well), that Mr Hutton’s purpose in hiring was his own risk and of no relevance to the owners, and that the contract was not therefore frustrated.

In Krell v. Henry Mr Henry agreed to hire from Mr Krell a flat on Pall Mall for 26th and 27th June 1902 and paid a deposit of £25. The contract – formed by an exchange of letters – made no mention of the coronation procession. However, the rooms had been advertised as having a view of the royal route. The Court of Appeal – with the same constitution as in the Herne Bay case – inferred that the occurrence of the coronation procession as planned for 26th June 1902 was the foundation (or common purpose) of the contract and, in its absence, the contract was frustrated.

Marcus Smith J. drew attention to this distinction between the cases. In the Herne Bay case the absence of the naval review meant that the contract could still be performed but merely had the consequence that Mr Hutton might have fewer passengers and consequently make a smaller profit. The cancellation of the review meaning merely that it turned out, for Mr Hutton, to be a bad bargain. The purposes of the parties were opposed: each trying to maximise his profit.   In Krell v. Henry, however, while they might have been opposed on price, the contract was predicated upon the coronation procession taking place. He said:

‘The coronation cases show that where the supervening event causes one party to appreciate – with the benefit of hindsight – that he or she has made a bad bargain, there will be no frustration of a common purpose. If the only effect of the supervening event is to cause the price for the bargain to appear – in hindsight – to be too high, the contract will not be frustrated.’

The judge, applying Rix L.J.’s ‘multi-factorial’ approach from Edwinton Commercial Corporation v. Tsavliris Russ (Worldwide Salvage and Towags) Ltd, The “Sea Angel” [2007] EWCA Civ 547 concluded that the instant case was not one where it could be said that there was a common purpose. Or rather, there was no common purpose beyond what was apparent from the terms of the Lease.

The possibility of the UK’s withdrawal from the EU was, as at 2011 when the agreement for lease was executed, not sufficiently foreseeable to lead to a conclusion that its risk was allocated by the terms of the lease. Despite the relatively bespoke nature of the premises (which the landlord was prepared to accommodate as long as its own interests were not disadvantaged), the parties had not mutually contemplated that the premises would provide a permanent HQ for the EMA for the full term of the lease: indeed the lease expressly contemplated the EMA’s departure by including provisions for underletting or assigning the whole during the term and there was no positive user obligation. Consequently, the EMA had assumed the risk – if it were not able to comply with the alienation provisions – of being stuck with expensive premises it no longer required.

Beyond the Lease, the parties’ purposes were divergent: the EMA wanting bespoke premises, with flexibility of term (having unsuccessfully sought to introduce a break clause and obtained only (but substantial) financial inducements) and low rent; the landlord wanting a high rent over a long term, prepared to allow EMA’s input into the design but only as long as it was not contrary to it’s own interests.

The judge concluded on this aspect of the case:

‘… the fact is that hindsight has shown that EMA has paid too high a price for the Premises it acquired, in that it failed to build into the lease the flexibility as to term that events have shown would have been in its commercial interests. But the fact is that such flexibility as to term would have been entirely inimical to [the landlord’s] interests’.

In a further reflection of the position in the country at large, it is not yet known whether the EMA will seek to overturn the original decision or, if it were to, what the result might be.