Home > Balancing the Scales of Justice: Discharging the Burden of Proof in Discrimination Claims

Balancing the Scales of Justice: Discharging the Burden of Proof in Discrimination Claims 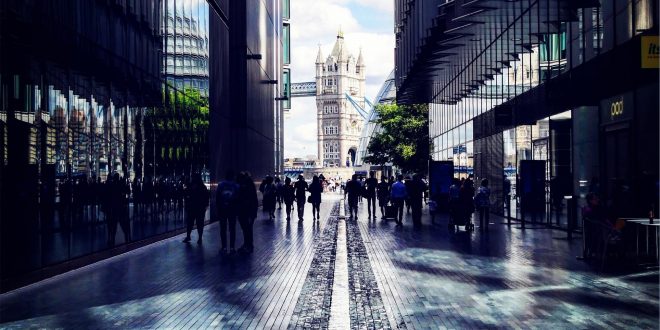 In relation to unlawful discrimination claims, it had become well established under the old law that there was a two-stage test:

It was also well established that the tribunal was entitled to have regard to all the evidence in deciding whether the claimant had established the prima facie case at the first stage and was not confined to considering the claimant’s own version of events. These principles had been laid down in a succession of significant cases (Igen Ltd v Wong [2005] EWCA Civ 142; Laing v Manchester City Council [2006] ICR 1519; Madarassy v Nomura International plc [2007] EWCA Civ 33; Hewage v Grampian Health Board [2012] UKSC 37).

For many years it was accepted, or assumed, that the same, or essentially the same, test was to be applied to cases brought under the Equality Act 2010 (EqA 2010), in relation to the test under section 136(2). However the cat was thrown among the pigeons in August 2017 by the decision of the EAT in Efobi v Royal Mail Group Ltd [2018] ICR 359. The EAT held that the slightly different wording of section 136(2) of the EqA 2010 meant that it was no longer the case that the claimant had any burden of proving anything in the first stage of the test. The tribunal merely had to consider the facts. On that basis, the EAT held that the tribunal had misdirected itself and applied the wrong test. The EAT also went on to hold that, even if its interpretation of section 136 were wrong, it would have allowed the appeal in any event. It therefore remitted the case to a differently constituted tribunal for reconsideration of certain specific facts and inferences on very narrowly prescribed lines.

In the interval between the EAT decision and the appeal, the Court of Appeal had the chance to consider the question of the proper construction of section 136(2) in Ayodele v Citylink Ltd [2017] EWCA Civ 1913. The Court of Appeal held that, despite the new wording, Parliament had not intended in enacting section 136 of the EqA 2010 to introduce a new test. The burden of proof still remained on the claimant at the first stage to prove a prima facie case, as explained in the old authorities (referred to above) and in accordance with the opinion of the Advocate General in Meister v Speech Design Carrier Systems GmbH (Case C-415/10) EU:C:2012:8. The Court of Appeal therefore concluded that the EAT in Efobi had been wrong to hold otherwise.

Efobi in the Court of Appeal

With “normality” thus restored, it would not have been unreasonable to assume that the claimant in this case (E) would have thrown in the towel and conceded that the EAT had been in error in remitting the matter to the tribunal for further consideration, but not a bit of it. The respondent (RMG) therefore had to press ahead with the remainder of its appeal in relation to the EAT’s conclusion that, even if it were wrong on the construction of section 136, the matter should be still be remitted as it had directed.

E, a black Nigerian, was employed by RMG but wanted to move into a different department. To that end he made a great many applications, all of which were unsuccessful. On a few occasions he had reached the interview stage and in certain instances RMG had not appointed at all. He suspected RMG of institutional racism and made a complaint to the tribunal alleging direct and indirect discrimination with regard to 22 of his unsuccessful applications. The tribunal dismissed his claims on the basis that he had failed to show that there was a sufficient factual basis for concluding that the recruitment process had been marred by racial discrimination. E appealed in relation to the direct discrimination claim only. As noted above, the EAT allowed that appeal.

In the light of the decision of the Court of Appeal in Ayodele, the principal ground on which the EAT had allowed E’s appeal (its own erroneous construction of section 136) could not stand and E sensibly conceded that point. Nevertheless, the EAT had gone further in its criticisms of the tribunal’s rejection of the claim and E strongly resisted RMG’s appeal against the resulting remission. Sir Patrick Elias, with whom Underhill and Baker LJJ agreed, observed that the additional criticisms had occupied only three paragraphs of the EAT’s judgment, that it was not straightforward to disentangle its reasoning from its erroneous analysis of the burden of proof and, partly as a result, that it was not entirely clear what errors in the original decision the EAT had been trying to identify.

The tribunal manifestly had enough evidence to be entitled to find that E had failed to discharge the burden that rested on him at the first stage to establish a prima facie case. The assertion that the tribunal had focussed purely on the evidence adduced by E was unsustainable, given that it had placed heavy reliance on RMG’s evidence about the suitability of E’s CV and the role of external recruiters. It was not seriously contended that the external recruiters had discriminated and yet the posts for which they had been responsible and the exercise they were carrying out were essentially the same as those involving internal recruiters, so that there was no basis for inferring that the failures of E’s applications in the latter case were for race related reasons.

The onus at stage one was on E to adduce the information supporting his case. Insofar as this was in the hands of RMG, E could have requested that it be provided voluntarily or obtained an order from the tribunal. He did neither. It was only on the first day of trial that he made an application for witness orders (which the tribunal unsurprisingly rejected). Tribunals frequently seek to assist litigants in person to mitigate the disadvantages under which they operate, but that has to be done with care lest the tribunal is perceived to be losing its impartiality. Tribunals are not exercising an inquisitorial function. Still less are employers obliged to assist a litigant with his or her case, possibly to their own detriment, and it is therefore not legitimate for a tribunal to draw adverse inferences against an employer who has failed to do so.

E’s case could not succeed given that he had not adduced evidence which enabled the tribunal to identify the characteristics of the appropriate comparator. E’s disappointment was understandable, but without any information about those who were appointed, such as their skills and experience, it was impossible for the tribunal to infer a prima facie case of discrimination, particularly where there was a large pool of candidates and where E had also been rejected by external recruiters.

The tribunal had ample justification for its conclusion that E had not discharged the burden on him at the first stage. Strictly speaking, the issue of whether RMG had discharged the burden on it at the second stage therefore did not arise. The allegations of discrimination were mere assertions unsupported by the necessary factual foundation. It was impossible for the tribunal to identify a particular comparator with whom he could be compared and in any case there was plenty of evidence to support the tribunal’s decision. The factors identified by the EAT, and relied on by E, did not overcome the core problem of the lack of evidence about relevant comparators or demonstrate any error by the tribunal.

The Court of Appeal therefore allowed the appeal and restored the tribunal’s decision (Royal Mail Group Ltd v Efobi [2019] EWCA Civ 18). RMG had also sought (in the alternative) to appeal the prescriptive terms under which the case had been remitted, but in the circumstances this issue did not arise. This is perhaps a pity, because it might have led to useful guidance on the proper lengths to which appellate courts should go to restrict the scope of investigations they have ordered to be remitted. Nevertheless this judgment is a satisfactory conclusion to a saga that began eighteen months ago with a Quixotic digression in the EAT.