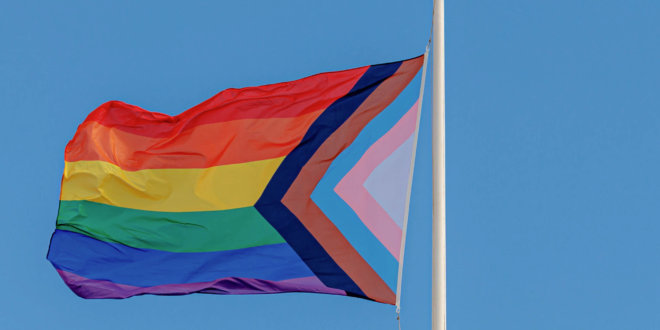 We now have a number of “History Months”. Black History Month dates back to 1926 in the US. They exist to encourage a focus on and celebration of histories that have largely been overlooked in the school curriculum and beyond.

Trans history is particularly challenging to find. One reason is that in western society and science trans and non-binary identities were not recognised or described until the 20th century.  How do we then identify the historical figures that today might self-identify as trans and/or non-binary? We know the modern-day tensions around how the law does, and does not, recognise or address the existence and experience of trans and other gender non-conforming (“GNC”) people.

What was happening before the modern-day battles arose? How did the law and legal establishment react to people who did not fit the traditional and deeply embedded binary approach to sex and gender? The law depends so much on language and definitions, what happened before the concept of trans, non-binary and/or GNC existed?  So it seemed like the question “When did the terminology, or early versions of it, first emerge?” was a sensible place to start my digging.

Magnus Hirschfeld[1] was a gay German Jewish doctor and activist. In 1896, only a few years into his career, he became focused on the study of sexology. In 1897 he co-founded “the Scientific-Humanitarian Committee”, probably the first gay rights organisation.

Hirschfeld studied all people who did not fit the “ideal” of heterosexual and cis-gendered male and female stereotypes. He referred to what we would now call the LGBTQI community as, “the Third Sex” or “sexual intermediaries”. In today’s language Hirschfield’s categories, as well as his clinical work, covered both sexual orientation and gender identity. We get a sense of Hirschfeld’s approach from his comment that, “Love, is as varied as people are,” and his suggestion that there were 43,046,721 possible variations of human sexuality and gender identity.[2]

In 1910 he wrote a scientific paper titled, “the Transvestites”. It was Hirschfeld who first introduced the terms “transvestites” and “transexuals”. He categorised those who were comfortable with the sex they were assigned at birth but preferred to wear clothing associated with the other sex as transvestites. He distinguished that group from transexual people who were not comfortable with the sex assigned to them. Whilst Hirschfeld is not without his modern-day critics his work was undoubtedly ground breaking.

At that time in Germany people were required to carry ID cards. Police harassment was being experienced by people dressed in women’s clothing who were then found to have a passport or ID card identifying them as male. Both transvestite and transexual people found themselves charged with and arrested for disorderly conduct or impersonating the other sex. Hirschfeld campaigned for and secured a “Transvestite Certificate”, which would nullify any such charges and give some legal protection to both transvestites and transgender people.

In 1919 Hirschfeld established the Institute for Sexual Science in Berlin. It was there that Lili Elbe and Dora R both had MTF sex change procedures. Shortly after WWI he convinced the Prussian Judiciary to permit legal name changes from gender specific names to gender neutral names. Again he drove legal change which allowed transgender and GNC people to live with a name that fitted their gender identity. In both his clinical work and activism Hirschfeld gave voice to Trans people as employees at the Institute and speakers advocating for themselves in campaigning conferences and the like.

Unsurprisingly when the Nazis came to power Hirschfeld’s work was attacked. In May 1933[3] his Institute for Sexual Science (as it was then called) was set on fire by stormtroopers and a huge volume of the medical records, photographs and artefacts relating to his at the Institute were lost. When Hirschfeld died only a few years later more of his work was confiscated. The Nazis used some of Hirschfeld’s work to inform and justify their categorisation and treatment of gay and GNC people.

Hirschfeld had developed and performed the first MTF sex change procedures in the early 1930s. It was not until 1945 that Sir Harold Gillies carried out the first FTM surgery on British physician and aristocrat Michael Dillon.[4]

Michael Dillon was born into an aristocratic family. Michael’s brother became Sir Robert Dillion, 8th Baronet of Lismullen in Ireland. Michael studied at Oxford and won a blue for rowing in a women’s boat. Michael had long worn men’s clothing and expressed the view that his facial hair and deep voice matched his feeling of being physically and emotionally a man. In 1939 he persuaded Dr George Foss who was experimenting with hormone treatment for excessive menstrual bleeding to give him testosterone pills. Michael was soon able to pass as a man. Shortly after, whilst in hospital, Michael met the pre-eminent plastic surgeon, Gillies, and persuaded him to undertake a double mastectomy. With a doctor’s note form Gillies, Michael was able to persuade the Home Secretary to change his sex on his birth certificate. It is believed to have been the first time a birth certificate was changed at the request of a Trans person. Between 1945 and 1949 Gillies performed 13 more procedures on Michael. He went on to win a blue as a man.

Sadly, despite being shown Michael’s new birth certificate, Debretts refused to change its entries related to him whilst Burke’s Peerage did change. In 1958 the media noticed a discrepancy and Michael experienced a lot of press attention. Unable to cope with it Michael fled to India and then Tibet where he lived for many years in a Buddhist community. Following his death in 1962 his brother refused permission for the publication of Michael’s autobiography. It was finally published in 2017 entitled, “Out of the Ordinary: A Life of Gender and Spiritual Transitions”.

Michael Dillion’s story is one of struggle but also great privilege. The resources available to him gave him access to medical treatment which was experimental, allowed him “to pass” for much of his life and to be recognised as legally male.

Another example of privilege working for a FTM Trans person was the case of Sir Ewan Forbes. Ewan was registered female at birth. As a child of the 18th Lord Sempill, they had a life of privilege.[5] At the age of 33 Ewan started to live as a man and continued to do so from then on. He was open about the change, putting an advert in the newspaper making it clear he wished to be known as a man and treated as such. He obtained a warrant for re-registration of his birth from the Sheriff of Aberdeen and was then able to marry his female housekeeper in 1952.

In 1968 following the death of Ewan’s father, his cousin claimed the baronetcy on the basis Ewan was still legally a woman and the baronetcy could only pass down the male line. The Scottish Court of Sessions rejected that claim and the Home Secretary of the day, James Callaghan, confirmed that Sir Ewan was male and could succeed to the baronetcy notwithstanding having been registered as female at birth and brought up as a female. Unfortunately, the case was conducted in secrecy and could not be used as a legal precedent thereafter.

The treatment of these Trans men by the establishment, particularly the legal establishment, seems surprising given all we see and hear today. They received more acceptance, including legal acceptance, than I would have expected. Why is that? Is it a product of class or is it because these were FTM Trans people rather than MTF?

While digging for Trans history I came across an article by Steven Dryden, which highlighted two British Newspaper reports dating back to 1833 and 1901. The purpose was to explore “Transgender identities in the past”[6]. Both articles pre-dated Hirschfeld’s introduction of the term “transexual”. They also pre-date any medical treatment in the UK for trans people.

Reading the articles, knowing they pre-date the terminology we would now use, is an interesting experience. There is an inevitable caution about applying modern terms and concepts to an historic context that lacked them. But there is the difficulty that if we do not apply them to anyone before the terminology existed then we ensure there is no trans history. Listening to the discussion Steven Dryden had with E-J Scott, curator of the Museum of Transology, Dr Jay Stewart of Gendered Intelligence and Annie Brown activist, artist and youth worker was fascinating and raised more questions than it answered.

“On Monday 28 January 1833 the Sussex Advertiser featured an article about 24-year old actor Eliza Edwards who was found dead. Edwards is taken to St Guys Hospital for an autopsy, where it is discovered that they were ‘a perfect man.”

“In 1901 the Tamworth Herald published an article concerning a case of fraud heard at Marylebone Magistrates Court against an individual identified as 60-year old Catherine Coome. Coome had been married several times to a number of women and had worked as a cook on a P&O liner for several years ‘without [their] true sex being discovered’.”

Dryden points out that the second article “completely erased” “the male identity (Charley Wilson) that they lived for 40 years.”

The articles and conversation around them are available to read or listen to[7].

The exploration of themes in those articles were fascinating for me, particularly when considered in the context of the narratives about trans people in the media and online today.

The articles and conversation touch on the absence and vanishing of trans history and people, the importance of history to an individual and to society, the particular focus on trans bodies, the use of trans stories to reinforce gender norms and the treatment of trans people by the press and law and so much more. For me, finding them after my journey through the rest of the stories in this piece also raised questions about the impact of class and the power of being able to pass.

Since, to this point, I have not been very celebratory, I have added a few links to just a small selection of the amazing trans women and men who inspire me and who I would like to celebrate.