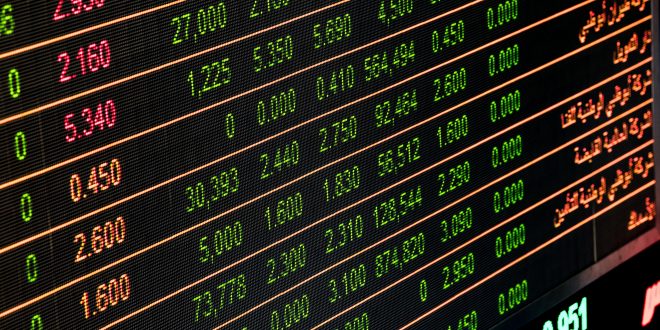 A recent Commercial Court case, Chudley v Clydesdale Bank plc has provided a rare comment on the application of the Contract (Rights of Third Parties) Act 1999 (the 1999 Act) and, in particular, on how you decide whether the contract adequately identifies the third party so as to allow them to enforce the contract.

Paradise Beach in Cape Verde provides the incongruously glamorous backdrop for this sorry tale. The claimants were business partners in the Midlands seeking to invest a significant sum of money. They were persuaded to put their money towards what they believed to be the development of a Cape Verde resort. As it transpired, the development company fraudulently withdrew that money from a bank account at Yorkshire Bank. The bank had signed a letter of instruction (LOI) from the developer to confirm that the bank would hold the money in a “segregated client account” and would not release any money without a solicitor’s undertaking to confirm that the complicated financial arrangements were in place, such that the project would proceed and the claimants would be repaid.

In the event, the bank did not open the segregated account. It paid the money into the developer’s existing general account and subsequently allowed that money to be withdrawn without any undertaking being provided.

The developers were convicted of fraud and imprisoned, but that left the claimants significantly out of pocket. Perhaps unsurprisingly, they tried to bring a claim against the bank. The problem was, what was their cause of action? Sadly for the claimants, it turned out they didn’t have one.

It wasn’t for want of trying. The claimants tried to advance five different causes of action (breach of contract, negligent misrepresentation, breach of a “Quistclose” trust, dishonest assistance and restitution). The judgment contains some interesting comments on all of those matters, but the one we are particularly interested in here is the breach of contract claim.

The more astute readers will have spotted the problem by now; the claimants never had any contract with the bank. However, they sought to rely upon the 1999 Act. The claimants said that the LOI amounted to a contract between the developers and the bank, and that the terms of the 1999 Act were met such as to permit the claimants to enforce the terms directly, even though they were not a party to the contract.

As you will probably recall, the 1999 Act provides that a “third party” (that is, someone who is not a party to the contract) can nevertheless enforce the terms if:

“(1) (a) the contract expressly provides that he may, or

(b) subject to subsection (2), the term purports to confer a benefit on him

(2) Subsection (1)(b) does not apply if on a proper construction of the contract it appears that the parties did not intend the term to be enforceable by the third party.

(3) The third party must be expressly identified in the contract by name, as a member of a class or as answering a particular description but need not be in existence when the contract is entered into”.

The judge concluded that the LOI did indeed purport to confer a benefit on third parties, but the real point of interest concerned whether or not the LOI contained an express identification of the claimants, whether by name, class or description, so as to comply with section 1(3) of the 1999 Act. The bank pointed out (not unfairly, one might think) that the LOI did not actually refer to anyone other than the developer, the bank and the solicitor who had to provide the undertaking. Nevertheless, the claimants said that the reference in the LOI to paying the money into a “segregated client account” was sufficient identification of a category of persons, in other words, the developer’s clients, of which the claimants formed a part.

The claimants relied upon the decision of Flaux J in The Alexandros T. In that case, the judge concluded that a reference to “Underwriters”, having the benefit of the contract, was sufficient, by process of construction, to amount to an express reference to the underwriter’s agents.

However, as the bank pointed out, this was not the only relevant case or commentary. They referred to Chitty on Contracts, which had criticised the decision (at [18-097]), and pointed out that the decision appeared to be contradicted by the earlier Court of Appeal decision in Avraamides v Colwill (to which Flaux J does not seem to have been referred).

In Avraamides the Court of Appeal reversed a first instance decision which had permitted a claimant to rely on the 1999 Act. The relevant contract was for the sale of a business in which the purchaser agreed to pay “any liabilities properly incurred by the company as at 31 March 2003”. With some reluctance (in relation to the outcome not the law), the Court of Appeal explained that such a clause did not comply with section 1(3) of the 1999 Act:

“The answer I am afraid is that section 1(3), by use of the word “express”, simply does not allow a process of construction or implication”.

Having been referred to that Court of Appeal decision, it was, in my view, something of a surprise to find that the judge in Chudley remained undeterred. He decided that, as a matter of principle, one must be able to expressly identify someone by way of a process of construction and that once construed to refer to someone, that was an express identification. He recognised that on what he described as a “literal reading” of Avraamides, “it might be suggested” that this was contrary to the Court of Appeal decision, but that in his judgment, this was not what the Court of Appeal was really saying. It was intending to exclude “the process of construction which in fact amounted to implication”.

I confess that I can see not the remotest basis for drawing that conclusion from the language used or the context of the Avraamides decision.

Perhaps recognising that this might not be the firmest of footing, the judge then sought to distinguish the Chudley case on the basis that the clause in Chudley was more limited than the one in Avraamides. Whilst that is true (the Avraamides clause would confer a benefit on any party to whom the company owed money or liability, whereas the Chudleyclause only benefited those who had deposited money with the bank), for my part, I cannot see that there is a distinction in principle or type between the two clauses.

We are left in an unhappy position. The impact and application of what appeared to be a clear statement from the Court of Appeal has been doubted by a detailed Commercial Court decision. There are now two Commercial Court decisions which appear to have taken a different approach to the Court of Appeal. To make matters even less clear, whilst the point was addressed fully in Chudley, the judge in fact decided that the LOI was not a contract at all; consequently, the whole discussion on the 1999 Act was obiter.

Interestingly, although it does not appear to have been referred to in the case, the judge could have taken some comfort from the comments of Lewison LJ in his book, The Interpretation of Contracts. When referring to the Avraamides case, at [10.09], the editor points out that:

“However, it might be thought that once the contact has been interpreted, then unless a term falls to be implied, whatever the contract means has been expressly stated. In addition the modern law accepts that the implication of terms is itself a facet of interpretation”.

So, I fear the true position is as follows (with the greatest respect to all the senior judges involved):

In the circumstances, we would be well served by the Court of Appeal clarifying the position as soon as possible. In the meantime, parties will no doubt continue to exclude the application of the 1999 Act with renewed vigour.

There was a second point raised by the judge which is worth flagging up. In the extract from Chitty relied upon by the bank, the editors argue that the same term cannot be used to satisfy both the section 1(1)(b) requirement and at the same time satisfy the section 1(3) requirement. The judge concludes that Chitty is wrong and, to that extent, I think he is clearly correct. As the judge points out, if a clause stated that a specific individual was a beneficiary, it would plainly satisfy both clauses and be effective. The extract from Chitty does not cite any authority to support it and is not explained. In my view, it should be treated with extreme caution and it is to be hoped it will be removed in the next update.

Next time you find yourself on Paradise Beach, Cape Verde, why not treat yourself to a large Grogue and read the full 114 page decision in all its glory.