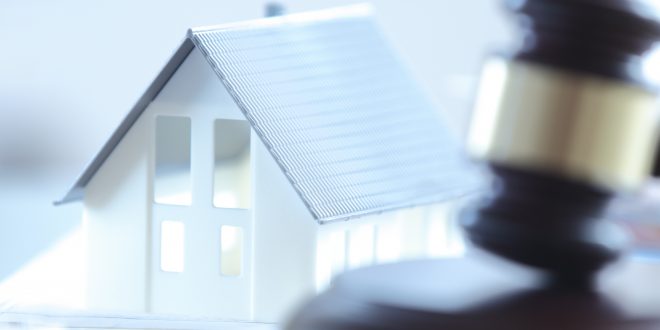 Ealing Care Limited (“ECA”), entered into a PFI Framework Agreement with the London Borough of Ealing (“LBE”). Under that Agreement, ECA was to provide care home services for LBE for no less than 27 years.

Crucially, there was a Benchmarking procedure in the Agreement. The purpose of that procedure was to protect both parties against rises and falls in the costs of providing care services throughout the life of the contract. The Benchmarking was carried out after the first 7 years of the Agreement, and thereafter every 5 years.

Under Clause 14.1.9 of the Agreement, both parties were entitled to Market Testing of the costs of the services if there was a 10% or greater difference in costs between the costs of services initially stipulated in the Agreement and the benchmarked costs.

LBE served a Notice of Dissatisfaction in respect of the Adjudicator’s decision and sought to suspend Market Testing pending final determination of the issues by the Court. In the event that ECA were to continue with Market Testing, LBE also stipulated that any tender information needed to have a qualifying statement that, ‘ECA’s right to undertake this market testing process and the validity of such process, is the subject of a legal challenge by the Council.’

ECA subsequently issued Part 8 proceedings for a declaration that it was entitled to proceed to Market Testing without the requirement to insert the qualification.

There were two issues in the present case: i) whether proceedings should be stayed for adjudication and ii) whether the declaration should be granted.

I. Stay to Adjudication

Clause 14.2.6 of the Agreement provides that if the parties are unable to agree a draft Marketing Testing Proposal within 14 days of the Council’s receipt or if the Council considers that a material omission has been made in the draft, then the dispute will be referred to Adjudication if it is not resolved.

The relevance of Clause 14.2.6 is that it was LBE’s position that the dispute over the statement of qualification was a dispute that fell within the scope of matters in the Market Testing Proposal and was therefore subject to adjudication.

Andrew Singer QC, sitting as a judge of the TCC, rejected this argument. Agreeing with ECA, he held that the dispute was not about the Market Testing Proposal but rather about the effect of the Adjudicator’s decision. The qualifying statement did not address any substantive matters in the Market Testing at all but was a stipulation as to how the decision of the Adjudicator was to be carried out. As such the stay to Adjudication was rejected.

On the substantive issue of whether the declaration sought by ECA should be granted, Andrew Singer QC adopted the guidance set out in Office Depot International v UBS Asset Management and granted the declaration.

The key reason in favour of granting the declaration was that it would serve the purpose of enforcing the Adjudicator’s decision.

The effect of LBE’s actions in requiring a qualifying statement in the tender was to stifle ECA’s attempts to proceed with Market Testing. The inclusion of such a disclaimer would deter potential bidders, and so the de facto effect would result in the suspension of Market Testing. The grant of the declaration would therefore allow the Adjudicator’s decision to have effect.

LBE’s argument was that the declaration was unhelpful in that it avoided resolving the underlying dispute between the parties – namely the merits of the Adjudicator’s decision. This was again, rejected. Although LBE had issued a Notice of Dissatisfaction, it had not yet issued any proceedings. An underlying dispute that was not yet before the Court was immaterial in determining whether declaratory relief should be granted.

In stipulating that a qualifying statement had to be inserted into the tender, LBE was seeking to indirectly avoid the consequences of the adjudication. It sought to suspend Market Testing even when ECA had decided to go ahead with it, being entitled to do so.

The Ealing case shows that the Court  takes a dim view of attempts by a party to avoid the effects of adjudication. This is supported by the fact that even though LBE had served a notice of dissatisfaction, this was held to be immaterial in the determination of whether declaratory relief should be granted or not.

The practical implication of this is clear. If parties disagree with the adjudicator’s decision, then they must follow up with legal proceedings. It is otherwise difficult to stay or avoid enforcement.