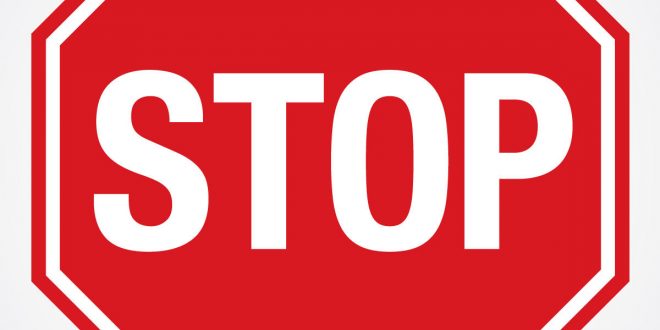 Frustration and force majeure are legal concepts very much to the fore during the Covid-19 pandemic.  John de Waal QC and Tom Bell review how they apply to the current coronavirus situation.

A ‘force majeure’ clause is a contractual term by which one (or both) of the parties is entitled to cancel the contract, or is excused from performance of the contact upon the happening of a specified event.  ‘Frustration’ occurs whenever the law recognises that, without default of either party, a contractual obligation has become incapable of being performed because of an event which so significantly changes the nature of the outstanding contractual rights from what the parties could reasonably have contemplated that it would be unjust to hold them to the bargain, and discharges them from further performance.[1] In this article we discuss how both principles may apply in today’s circumstances.

“Force majeure” (literally, “superior force”) is not a rule of law but a label used to a describe a contractual term that excuses a party from performing his contractual obligations if a specified event occurs that is outside his control. The clause may even go further and provide for the right to cancel the contract.

The burden of proof rests with the party relying upon the clause. In order to obtain relief, he must establish:

A party seeking to rely upon a force majeure clause must show that the event in question is expressly catered for. In the case of Covid-19, the most helpful clauses will include “pandemic”, “epidemic” or “disease” in the list of qualifying events. In other clauses, the wording may be more generic: “Act of God” is commonly used, or the catch-all “any other cause beyond [the party’s] control”. There is no single definition of “Act of God” in the case law, so the phrase must be construed contextually, according to the standard canons of construction. Having said this, it is very likely that the Covid-19 pandemic will be viewed as an “Act of God” (or, more generally, a cause beyond the parties’ control).

The effect of the event

Plainly, the fact that a specified event has occurred does not by itself excuse a contracting party of his obligations. He must also prove that the event had the necessary causative impact. As stated above, the force majeure clause will typically require the event to have “prevented”, “hindered” or “delayed” the party’s ability to perform the obligation in question (similar or synonymous verbs may also be found, of course).

If a party asserts that he was “prevented” from performing the contract, the courts will examine this strictly. It will generally not be enough to show that performance was more difficult or less profitable than bargained for: nothing short of physical or legal impossibility will suffice. Being “hindered” is a lower hurdle[2], though still requires something more than foreseeable fluctuations in the market[3]. If a clause envisages for a force majeure event “delaying” performance, it will likely lead to the consequence that the delayed party is given more time to perform his obligations, rather than being excused from performing them at all.

‘Outside his control’ and the duty to mitigate

The requirement on a party relying upon a force majeure clause to show that he could not reasonable have avoided or mitigated the loss is, on one view, simply a facet of the requirement that the impact of the event must be outside his control. If it can be shown that he could reasonably have found an alternative means of performing the contract, then it cannot be said that the inability to perform was outside his control. For example, if an outbreak of Covid-19 occurred at a manufacturer’s factory, preventing it from fulfilling an order, the manufacturer may need to show that there was no other means of production available – or, at least, none that were reasonably practicable to employ. Whether a mitigation measure is reasonable or not is a question of fact and degree, though it is fair to say that the pervasive impact of Covid-19 will have reduced the availability of such measures considerably.

Frequently, a force majeure clause will provide that certain procedures are to be followed or notices given within a certain timeframe before the clause may be relied upon. Depending on the wording of the clause, such measures will either be a condition precedent or an intermediate term. If the former, then observance of the notice requirements will be essential before the force majeure provisions take effect. If the latter, then the remedy for non-observance may be limited to damages.

With Covid-19, there are countless ways in which one can imagine the impact of the pandemic on business and commerce. Judges themselves will have felt the impact on a personal level, and are likely to be sympathetic to anyone who seeks to rely on a force majeure clause. But parties should not assume that the clause will apply – the clause must be read carefully, and care must be taken to demonstrate that performance of the contract truly was rendered impossible or substantially more difficult as a result of the virus and its impact.

That an event has the effect of frustrating the contract is notoriously difficult to establish. Most recently, in Canary Wharf (BP4) T1 Ltd v European Medicines Agency [2019] EWHC 335 (Ch), the Court held that the supervening effect of Brexit did not render impossible the EMA’s continued occupation of its London headquarters.

Classic examples of cases where contracts have been held to have been frustrated are supervening illegality, for example a lessor is not liable for a breach of covenant that neither he nor his assigns would build on his land when that land has been compulsorily purchased[4]; cancellation of an expected event, an example of which is one of the famous “coronation cases”, where contracts for the hire of rooms overlooking the coronation procession of Edward VII were held to be frustrated on the event that the coronation was postponed due to his illness[5]; or war time restrictions, an example being the case where the construction of a reservoir which was to be completed within six years from 1914 but where the contractors were required to cease work under a Defence of the Realm Act, the House of Lords holding that the contract was frustrated on the grounds of supervening impossibility.[6]

Thinking about the application of these principles to the present situation, if one imagines an anchor tenant in a shopping centre which has a ‘keep open’ clause in its lease, then it seems to us that the Health Protection (Coronavirus, Restrictions) England Regulations 2020/350 which restrict the opening of certain businesses could be said to frustrate the obligation on the grounds of supervening illegality; the breach of lease would not be actionable.

However, in the case of a design and build contract which is unfinished but approaching the date specified for practical completion, and facing difficulties in obtaining both materials through its supply chain and labour due to illness, supervening impossibility would not apply to frustrate the contract since there is no requirement on the contractor to stop work.

To take a consumer related example, imagine you have bought tickets to the 2020 Tokyo Olympics and flights to Japan, cancellation of the event would mean that you could obtain repayment of the cost of your tickets, but not necessarily of your flights and hotel bookings since (dependent upon the airlines and hotels), travel to Japan in July may still be possible if inadvisable.