Home > Informed Consent: When Is There A Duty To Obtain Consent On Technical Choices?

Informed Consent: When Is There A Duty To Obtain Consent On Technical Choices? 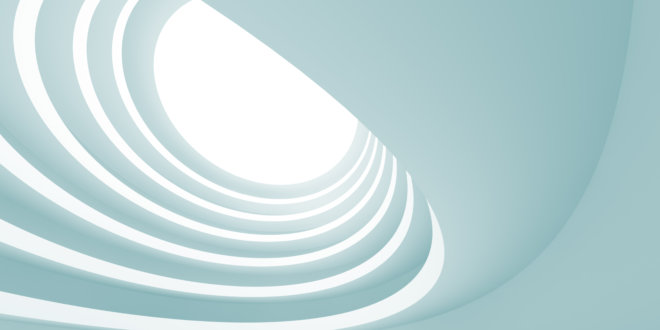 The Supreme Court in Montgomery imposed (or perhaps clarified) a duty to ensure that any patient is aware of the material risks involved in any recommended treatment.  They also extended the duty to obtain informed consent to informing the patient of “any reasonable alternative or variant treatments.”

Reasonable alternative treatments is a relatively straightforward concept – for example, in a fracture case it may be that there are a menu of reasonable possible treatments e.g. rest and ice, immobilisation in plaster, or surgical fixation.  Provided that any option is a reasonable treatment, the patient should be informed of that treatment option, even if the doctor recommends one particular treatment as part of their professional judgement.

In Diamond v Royal Devon & Exeter NHS Foundation Trust [2017] EWHC (QB), HHJ Freedman sitting in the High Court found that there was a duty to advise on whether hernia repair surgery would be carried out using mesh or by simple suturing, where the use of mesh would carry serious implications for any future pregnancy.  Although the claimant failed to establish causation in circumstances where a simple suture repair carried a high risk of recurrence of the hernia.  The causation aspect of this decision was upheld in the Court of Appeal.

A similar issue was recently considered by the High Court in Negus. The patient (who died before trial) underwent aortic valve replacement surgery in 2014 with a 19mm mechanical valve.  The claimants’ case was that a larger valve should have been used together with aortic root enlargement (‘ARE’), that the patient should have been advised on the greater risk of cardiac dysfunction with a smaller valve, and that they should have been offered the alternative larger valve with ARE.

The patient experienced cardiac dysfunction with the 19mm valve and later underwent revision surgery using a larger 23mm valve with ARE.  Following that surgery, the patient deteriorated.  She subsequently died of heart failure which, it was alleged, would have been avoided had a 23mm valve with ARE been used in the first place.

There was no dispute that the patient required aortic valve replacement surgery.  The key consent question was whether there was a duty to advise the patient on the variant valves, and the potential risks and benefits attached to different sized valves?  In this case, the patient was a former nurse with some knowledge of different types of valve, but not the considerations of different sizes.

On a point that was influenced largely by the expert evidence, Eady J found that it was not negligent to have failed to implant a valve larger than 19mm and perform ARE.  The choice of valve that would provide the likely best outcome for the patient required professional judgement intra-operatively, and it was held that the surgeon reasonably exercised his judgement in this case.  Furthermore, ARE surgery was not commonly performed and carried its own additional risks.

On the consent issues, it was found that:

It was held that there were a number of highly technical variables and that the choice of valve that would likely provide the best outcome for the patient could only be determined intra-operatively.  Eady J rejected the claimants’ position that there was a straightforward choice of treatment variants that could be selected or indicated before surgery.  There was seemingly no duty to at least gauge the patient’s preference on the size of valve when a judgement call would still need be made intra-operatively.

Where Does Negus Take Us?

The duty to advise on reasonable variants to treatment is not absolute.  It’s certainly the case that there is no duty to inform the patient about all subtle nuances in surgical technique, nor is there a duty to advise on the array of choices that might crop up during surgery dependent upon varying possible intra-operative findings.

It appears that there is a distinction to be made between clear choices that are able to be made pre-operatively e.g. whether to embark on hernia repair using mesh or just suturing as was the case in Diamond – versus choices that require the professional judgement of the surgeon intra-operatively e.g. what size of valve appears to best fit the aorta.

The claimants in Negus may well feel hard done by.  The surgeon knew in advance that there would be an intra-operative decision to make on the size of valve, and knew that there were different risks and benefits attached to smaller and larger valves.  Even if the surgeon was reluctant to have performed ARE in order to use the larger valve, the patient may have had good reason to prefer it, such as minimising the risk of cardiac dysfunction and the need for revision surgery.

Using a larger valve was not contraindicated – the claimant’s expert said that he would have used a larger valve with ARE – it’s just that a responsible body would not have done so.  And so it cannot be said that the choice of valve could only be properly determined by the surgeon’s intra-operative professional judgement.

The surgeon’s determination of the approach meeting the best interests of the patient is the antithesis of Montgomery which moves away from medical paternalism.  In my view this is particularly so in a case like Negus where the patient had particular medical insight as a former nurse, and may not have simply followed the surgeon’s determination of her best interests. That is not to say that a surgeon’s professional judgement is not invaluable to so many aspects of patient care – it’s just that the patient in Negus was excluded from decision making that she could have been involved in. Had she been informed and opted to leave it to the surgeon’s professional judgement, there would have been no issue and the outcome would have been the same. But she was deprived of making that decision.

There is clearly still scope for argument on the extent of the duty in respect of variant treatments.  Uncertainly is likely to remain in cases where there is still scope for intra-operative judgement to be exercised by the surgeon. Claimants will have a better chance of succeeding where intra-operative judgement is considered to be only one of a number of factors and less determinant of the method of treatment than was held to be the case in Negus.

Similarly, even in cases where a clear pre-operative advance choice of a medical device is able to be made, there may be scope for these cases to be defended where the competing risks and benefits are more subtle than they were in Diamond.

Arguments over the extent of the duty to inform patients on reasonable variant treatments are set to remain.