Home > Is it a single dwelling? Determination of breach not required where shop converted to multiple flats in breach of lease

Is it a single dwelling? Determination of breach not required where shop converted to multiple flats in breach of lease 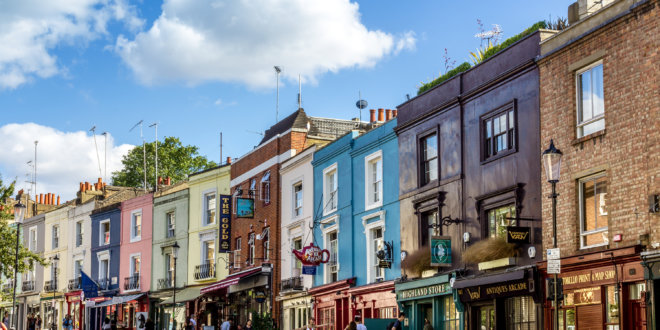 David Peachey was recently successful in Zash Properties Limited v Landau Medical Consultancy Limited (County Court, HHJ Johns QC), which dealt with the conversion of a shop into two studio flats in breach of lease. The case raises interesting points about whether a determination of breach is required prior to the service of s.146 notices in respect of headleases of multiple dwellings, and whether it is reasonable for a landlord to refuse consent for change of use from commercial to residential use because of the statutory rights applicable to residential long leases.

Zash Properties Limited (“the landlord”) owned the freehold of a three-storey building comprising two flats above shop premises. In 2015, it let the ground floor on a 999-year lease with a permitted use as shop premises. The lease contained a covenant not to use the demised premises other than for the permitted use without the written consent of the landlord, such consent not to be unreasonably withheld.

Shortly after the lease was granted, the then leaseholder (Landau’s predecessor in title of the lease) converted the shop premises into two studio flats pursuant to permitted development rights. The leaseholder did not acquire the landlord’s permission.

The landlord discovered the conversion before either of the studio flats had been let, and served a s.146 notice on the then leaseholder. Forfeiture proceedings were issued and the leaseholder promptly assigned the lease to a third party. That third party quickly sold the lease to Landau, only weeks after being registered as the proprietor. The first two tenants and their directors disappeared, leaving the current tenant (Landau) to defend the possession proceedings.

Landau’s position was as follows:

The landlord argued that:

HHJ Johns QC found for the landlord on both points.

Section 168 states that a s.146 notice cannot be served by a landlord “under a long lease of a dwelling” unless there has been an admission of breach, or breach has been determined by a court or tribunal. “Dwelling” is (per s.169) defined as in the Housing Act 1985, which includes premises “occupied or intended to be occupied as a separate dwelling”.

The principal issue at trial was whether “intended to be occupied as a separate dwelling” was limited to a single dwelling, or whether the definition could include a lease over multiple dwellings. Landau relied on the case of Oakfern v Ruddy [2006] EWCA Civ 1389. In that case, the Court of Appeal found that the tenant of a long lease of 24 flats was “tenant of a dwelling” in relation to each of the flats. The decision in Oakfern was within the context of s.18(1) of the Housing Act 1985, which deals with the right to challenge the reasonableness of service charges pursuant to that Act.

Counsel David Peachey, on behalf of the landlord, argued that s.168 was more akin to the Rent Acts. It has generally been held that the Rent Acts only apply where a tenant held a lease of a single dwelling, and not where the tenant was a landlord of multiple flats which were then sublet.

The landlord’s argument was that the language of the Rent Acts focused on the terms (express or implied) of the lease, that is, the contractual element of the landlord and tenant relationship. Conversely, section 18 of the 1985 Act, and Oakfern looked at the practical occupation of premises – that is, whether a tenant of the whole is also a tenant of its constituent parts. The landlord also argued that the distinction between s.168 of the 2002 Act and s.18 of the 1985 Act was rational: if a tenant couldn’t challenge the reasonableness of service charges but its subtenants could, then the head tenant would be liable to pay the unreasonable amounts to the head landlord, but would not be able to recover them from its subtenants. That would leave the head tenant out of pocket. Section 168 on the other hand, like the Rent Acts, was designed to protect a person in their home.

At paragraph 35 of his judgment, HHJ Johns QC held that:

“the reference in s.168 of the 2002 Act to the “long lease of a dwelling” is to a dwelling in the singular so that the Lease, if it is treated as a lease of residential property at all, is not within s.168 by reason of it comprising two studio flats.”

“s.168 lies in territory more similar to that occupied by the Rent Acts than that with which s.18(1) of the 1985 Act is concerned. The Court of Appeal in Oakfern rejected the suggestion of any real relationship between the legislation dealing with recoverability of service charges and the Rent Acts”

A further point of interest relating to s.168 also arose in this case. During argument the judge indicated that, in order to benefit from the protection of s.168, the leaseholder must be able to identify a person who has the relevant intention to occupy the premises as a dwelling. The corollary of this indication would be that a leaseholder’s intention to rent out a flat is insufficient unless the leaseholder can identify a person who intended to occupy the flat as a dwelling on the date that the s.146 notice is served – a hypothetical person would not be enough. However, this was not the main issue in the case and was not covered in the judgment, probably in light of the judge’s conclusion that a single lease of multiple dwellings does not any event trigger s.168.

The landlord’s argument on consent for change from use as a shop to residential use went as follows: Long leaseholders of flats can have the right to buy the freehold of their building pursuant to s.1 of the Leasehold Reform, Housing and Urban Act 1993. That right does not apply where commercial premises account for more than 25% of the total internal floor area of the building. The premises of which Landau was a tenant comprised approximately one third of the internal floor area. Converting those premises to residential would make the building 100% residential, allowing the leaseholders to buy the freehold. As such, granting permission for change of use could be a step toward the landlord losing its freehold interest in the building. The landlord also indicated that the change would make the landlord and tenant relationship more significantly onerous on the landlord, giving tenants the right to pre-emption and service charge protections and imposing criminal consequences in the event of failure to notify the tenant of a change in the landlord’s interest.

HHJ Johns QC agreed that the change in use would change the landlord and tenant relationship to be more onerous on the landlord, in a way that was not envisaged at the time of letting. As such, it would have been reasonable for the landlord to refuse consent. Relief was granted, but conditional on the tenant reinstating the premises as a shop. It should be noted that Landau gave evidence that it was innocent and had no idea that the lease had been forfeited when it took the assignment.

Although the case is only at circuit judge level, the judgment contains a useful analysis of the case law relevant to the applicability of s.168 – a point that does not appear to have been dealt with (except in passing) by any reported case. It also focuses attention on the importance of keeping tabs on commercial premises that are let on long leases, especially in areas where permitted development rights allow commercial premises to be quickly and easily converted to residential use.

This article was written by David Peachey. Click here to learn more about his expertise.