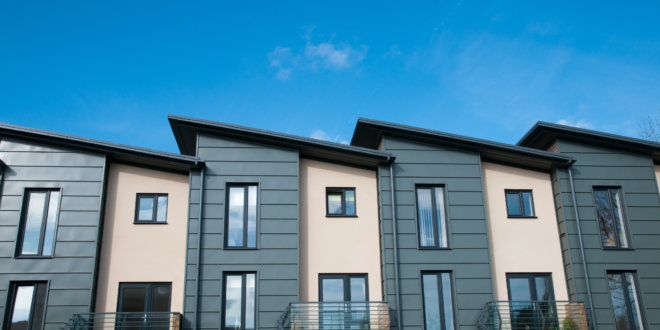 Welcome to the February 2021 edition of the Property Newsletter from Hardwicke. Resolutions (and diets) long forgotten, spring is nearly with us, isn’t it? At least February is a short month. The editor’s revelation for January is that his Teams skills are not what he thought they were. Apparently, the ability to program a VCR is not transferable. He is contemplating a side-line in making “You’re on mute” branded clothing.

This month Clare Anslow gives us an overview of what we can expect from the changes to leasehold ground rents and extensions, and David Peachey looks at whether determinations of breach of covenant are required if commercial premises are converted into multiple dwellings.

Andrew Skelly spins the wheel of questions for us this month.

The next newsletter will be around the start of March 2021. From all the team at Hardwicke we continue to wish you and your family all the best at this difficult time.

Steven Woolf’s green credentials were at the fore. In addition to protecting the Green Belt from unlawful occupation, he recovered possession of a Golf Course and prevented vehicular use of a right of way on farming land. This month he is instructed by a number of local authorities trying to preserve the power to obtain Green Space Injunctions against Persons Unknown.

John de Waal QC has been drafting some submissions for a hearing in the Court of Appeal in the Bahamas (made all the more interesting by the fact that there is no equivalent of our LPA 1925 in the Bahamas).

We are surprised to learn that Brie Stevens-Hoare QC has discovered during recent lockdowns that she enjoys cycling and has spent some quiet days over the break doing just that. Her January has been full on so far, focusing on contractual termination of a sale contract, relief from forfeiture and various trust issues.

Cameron Stocks has been busy with all things trusts of land related, obtaining an order for sale in the High Court of a property owned by a struck off Seychelles company (sadly no travel involved!) and he is currently trying to get to grips with the newly mandated scheme by the South Eastern circuit which requires pre-trial settlement hearings for all multi-track trials.

When not sitting-in at the Crown Court, as part of his preparation to start sitting as a Recorder, Andrew Skelly has been obtaining a Management Order for a high-end block of flats, and seeking an injunction preventing a landlord from carrying out works to a property until it had ensured they were Covid aware.

Monty Palfrey had a busy end to the year including getting on Christmas Eve a “without notice” mandatory order from the High Court for the removed of various items by 8am on 28th December 2020.

Lina Mattsson started the year by finally bringing to an end (fingers crossed!) a boundary dispute she successfully had struck out as an abuse of the court process in 2018. There were civil restraint orders involved. She has also been advising on numerous claims for prescriptive rights of various nature and a landlord’s ability to rely on an offer of “alternative accommodation” to restrict a claim for a new lease under the 1954 Act.

James Hall has been grappling with the apparently straightforward principles of sales by mortgagees in possession and removal of superfluous third party restrictions versus the practical realities of convincing purchasers and the Land Registry that a clean title should result!

After a relaxing Christmas break, Jamal Demachkie has had a busy start to the year with back-to-back trials on dilapidations and 1954 Act renewals, intermixed with a couple of CCMCs.

At the time of writing, John Clargo is part way through a seven-day High Court trial seeking specific performance and damages in relation to sports club premises in south west London.  Consequently, he hasn’t had time for anything else this year. His lockdown puppy project (answers to name of Archie) was completed successfully shortly before Christmas; but turns out to have been terribly timed (see previous two sentences).

The Hardwicke Team is continuing its successful #HarwickeBrew series on Zoom, so that we can all have an informal chat and we can let you in to our team’s thoughts about current issues and the practical challenges practitioners and their clients are facing. Thank you to all those who attended our Brews in 2020.

Brie Stevens-Hoare QC and James Hall will be speaking at our next #HardwickeBrew on 18th February 2021 where they will be discussing overage and options.

We are starting off this year’s programme with a look at Rent Repayment Orders on 24th March 2021 when Faisel Sadiq, Laura Tweedy, Clare Anslow and Byroni Kleopa will be guiding you through recent developments.

All the seminars in our J2J property seminar programme for 2021 are aimed at junior property practitioners wishing to build up their knowledge of some of the issues that come up regularly in practice or more senior practitioners looking for a refresher. The full programme is set out below. All these seminars will take place online via Zoom at 10am and will last for 30 – 45 minutes. If you feel that all/any of theses sessions would be useful, please do feel free to mention it to colleagues.

16 February 2021: Planning for property lawyers – what you need to know

11 May 2021: Probate and private client for property lawyers – an essential guide

Anyone wishing to attend any of the events should please email events@hardwicke.co.uk to be added to the mailing list. We will be sending out formal invitations to each event before each session.

Is it a single dwelling? Determination of breach not required where shop converted to multiple flats in breach of lease 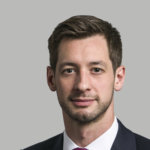 David Peachey was recently successful in Zash Properties Limited v Landau Medical Consultancy Limited (County Court, HHJ Johns QC), which dealt with the conversion of a shop into two studio flats in breach of lease. The case raises interesting points about whether a determination of breach is required prior to the service of s.146 notices in respect of headleases of multiple dwellings, and whether it is reasonable for a landlord to refuse consent for change of use from commercial to residential use because of the statutory rights applicable to residential long leases.

Click here to read the article by David Peachey. 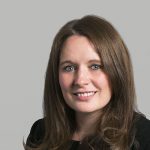 Leasehold Reform has been a topic discussed by lawyers for years, yet very little has happened in the last few years. However, the tide seems to be turning and on 7 January 2021 Robert Jenrick (housing secretary), announced plans to bring forward the long awaited legislation to, using the wording of the Government’s press release “make it easier and cheaper for leaseholder to buy their homes.” The subheading of that press release continues to say “Millions of leaseholders will be given a new right to extend their lease by 990 years.” So – not quite a right to ‘buy’ a home just yet, but there is no doubt that the announcement is one of the biggest steps towards ending leasehold ownership and replacing it with commonhold.

Click here to read the article by Clare Anslow.

Did you see? You may have missed...

The respondent landlord (L) had let a café to commercial tenants (T), the first and second appellants. The lease provided for the payment of insurance rent within seven days of demand. The lease contained an absolute prohibition on sub-letting and a forfeiture clause in the event of breach of covenant.

“Hardwicke Unrobed” - Get to know us better 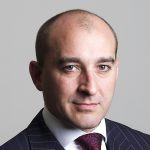 Each month, a member of our property team has to spin ‘the Wheel of Questions’ and answer the first 3 questions that come up. This month, Andrew Skelly tried his luck with the wheel.

1) What is the first concert you attended?

It was ‘Burning Spear’ at the UEA. I was about 16, and had no idea who they were, but a friend insisted we should have a look. Interesting.

2) You can have one thing for every meal – what would you eat?

My wife’s spicy sausage risotto. It’s what the word moreish was invented for.

I always say it is ‘A Tale of Two Cities’. I haven’t read it recently, but recall that I read it again immediately I had finished it the first time round. I was not an avid reader when I was younger, so that is really saying something.

Want to try for yourself?

If you would like to discuss any of the topics in this newsletter, please contact a member of our Practice Management Team:

To find out more about our Property Team and their work, visit the property page on our website. To view a copy of our privacy statement, please click here.

This edition of the property newsletter was edited by Carl Brewin. Comments or queries about this newsletter? Please get in touch with him!

If you are reading this but do not receive our mailings and would like to, please click here.