Home > Rectification – where are we now?

Rectification – where are we now? 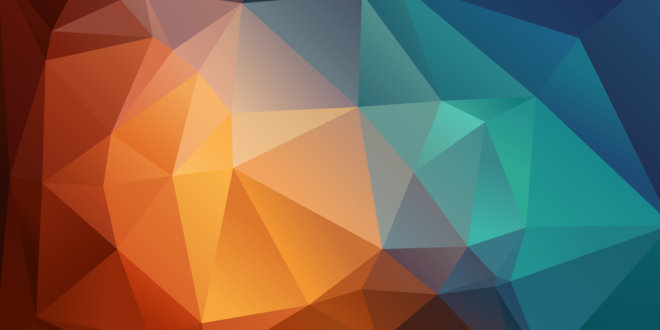 “This case affords a vivid illustration of two important points. The first is that where evidence of pre-contractual negotiations, and/or post-contract conduct is crucial, rectification may, in principle, be available where the interpretative process is unable to assist a claimant. However, and secondly, the remedy of rectification may, in an appropriate case, be withheld where the parties have sought by themselves to correct any relevant mistake in the underlying document by entering into a deed of rectification.”

The claim was brought under Part 8 of the Civil Procedure Rules, the relevant facts not being in dispute, and was for a declaration that a contract dated 24 June 2011 was made between MVP and the Telegraph (as opposed to Mr Vaughan and the Telegraph), alternatively for rectification of the contract to that effect. Relevantly, the claimants and the Telegraph had themselves entered into a Deed of Rectification in 2018, but this of course was not binding upon HMRC, and the reason the case was brought was because Mr Vaughan wished to treat payments from the Telegraph as income accruing to MVP rather than himself.

MVP and the Telegraph had entered into a contract in 2008; the 2011 contract was similar in all material respects except that it was apparently made with Mr Vaughan as opposed to MVP. It was the claimant’s primary case that on its proper construction the contract was made with MVP. The judge reminded himself that the aim of interpreting a provision in a contract is to determine what the parties meant by the language used, which involves ascertaining what a reasonable person would have understood the parties to have meant. The relevant reasonable person is one who has all the background knowledge which would reasonably have been available to the parties in the situation in which they were at the time of the contract.

He then went on to identify that it was possible to correct mistakes in documents by applying the principles of construction. The locus of this concept of “rectification by construction” is the speech of Lord Hoffmann in Chartbrook Ltd v Persimmon Homes Ltd [2009] UKHL 38, where, at paragraph 22 referring to an earlier decision of the Court of Appeal he said this: “In East v Pantiles (Plant Hire) Ltd (1981) 263 EG 61 Brightman LJ stated the conditions for what he called ‘correction of mistakes by construction”:

‘Two conditions must be satisfied: first, there must be a clear mistake on the face of the instrument; secondly, it must be clear what correction ought to be made in order to cure the mistake. If those conditions are satisfied, then the correction is made as a matter of construction.”

Lord Hoffmann went on at paragraph 25 to conclude that:

“What is clear from these cases is that there is not, so to speak, a limit to the amount of red ink or verbal rearrangement or correction which the court is allowed. All that is required is that it should be clear that something has gone wrong with the language and that it should be clear what a reasonable person would have understood the parties to have meant.”

The judge concluded that on the facts of this case the reasonable reader would not consider that there was a clear mistake on the face of the document. So the claimants lost round 1, as it were.

The judge then went on to consider rectification for mutual mistake, referring to the judgment of Peter Gibson LJ in Swainland Builders Ltd v Freehold Properties Ltd [2002] 2 EGLR 71 at paragraph 33:

“The party seeking rectification must show that (1) the parties had a continuing common intention, whether or not amounting to an agreement, in respect of a particular matter in the instrument to be rectified; (2) there was an outward expression of accord; (3) the intention continued at the time of the execution of the document: (4) by mistake, the instrument did not reflect that common intention.” The “outward expression of accord” principle (2) was explained by Leggat LJ in FSHC Group Holdings ltd v GLAS Trust Corporation Ltd [2019] EWCA Civ 1361 at paragraph 176 thus:

“…it is necessary to show not only that each party to the contract had the same actual intention with regard to the relevant matter, but also that there was an ‘outward expression of accord’ – meaning that, as a result of communication between them, the parties understood each other to share that intention.”

But the shared intention may be tacit – for example “an accord may include understandings that are so obvious as to go without saying, or that were reached without being spelled out in so many words.” (paragraph 84). In other words, the test for rectification is subjective, not objective, which is precisely why one looks at the parties’ pre-contractual negotiations.

In this case the judge was persuaded that in principle the case for rectification for mutual mistake was made out – round 2 to the claimants. In reaching that conclusion he was influenced by a decision of Waksman J in AML Global Ltd v Exxonmobil Petroleum & Chemical [2018] EWHC 3321 (TCC) which concerned an aviation fuel supply agreement. In that case there has been two previous contracts between the parties and:

“It is therefore a reasonable assumption to make, at least as a starting point, that one would expect the parties to contract on essentially the same terms going forward, or at least to ask rhetorically why they would not choose to contract on a different basis.” (paragraph 16).

At this point in the judgment the claimants were probably giving a huge sigh of relief. But this was not the end of the matter.

Rectification, being an equitable remedy, is of course discretionary. In this case the parties – the claimants and the Telegraph – had already, in 2018, entered into a corrective deed of rectification. The deed clarified and confirmed the parties’ true intentions. The rationale for the judges conclusion was that, in the light of the 2018 deed, there was nothing left to rectify – HMRC’s treatment for tax purposes of the income arising under the 2011 contract does not affect the position of the parties as between themselves, but only their position in relation to HMRC. In the judge’s words:

“Since the 2018 rectification deed fully resolves any issue between the parties, there is nothing left for the court to adjudicate upon between the parties as to their respective rights and obligations. In my judgment, it is still one of the maxims of equity that ‘equity does not act in vain’; and that broad underlying principle is relevant when the court is called upon to exercise an equitable, remedial discretion.”

So the claimants lost round 3 and it can be truly said that in trying to clarify the agreement with the Telegraph in 2018, the claimants snatched defeat from the jaws of victory — with the consequence that Mr Vaughan will have a bigger tax bill than he had planned for.