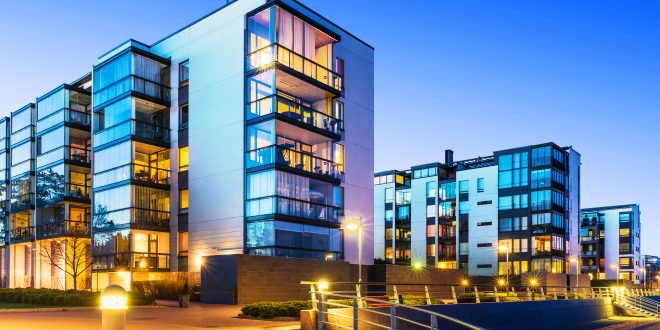 Property analysis: While the courts now readily accept that a right to park can be an easement, Lina Mattsson says that the law of easements does require clarification and simplification.

What issues did this case raise?

To what extent is the judgment helpful in clarifying the law in this area?

First, the judgment makes it clear that the courts now readily accept that a right to park can be an easement, even when the rights granted over the servient land are extensive.

In this case the deed granted ‘exclusive full rights and liberty’ to park. The grantee was also entitled to ‘peaceful enjoyment of the rights and liberties…granted without any interruption’. In relation to the two car parking spaces, the servient tenement only had a right to ‘access to the allocated spaces on previous notice to the tenant whenever practicable for the purpose of carrying out any repairs or decorations to the premises the building or service road’. However, the extent of the rights granted did not render them incapable of constituting an easement.

Secondly, the judgment makes it clear that the court will look carefully at the substance of an agreement and, if at all possible, give effect to it. Little weight will be attached to the terminology or form used by the parties.

Are there any grey areas or unresolved issues that practitioners need to watch out for? If so, how can they avoid potential problems?

The judgment purports to apply the ‘illusory’ test in Batchelor v Marlow [2001] EWCA Civ 1051, [2003] All ER (D) 66 (Aug). In Batchelor the Court of Appeal held that an exclusive right to park cars on a strip of land during normal business hours was not capable of being an easement because the owner would not have had any reasonable use of the land for parking or any other purpose—the curtailment of his right to use the land for intermittent periods would make his ownership ‘illusory’. The judge held that applying the ‘illusory’ test to the facts of this case, the deed could grant an easement. In reaching this conclusion the judge held that the appellants have retained ‘reasonable use’ of the carpark as it was possible to walk across the allocated spaces when there was no car parked in them or for a car to be backed into them when coming out of another space. In principle, it was possible to change the surfacing or to erect an advertising board on the fence. The grant of the parking right did therefore not render the appellants’ ownership of the land illusory and was capable of constituting an easement.

However, the judge’s reasoning shows that the judge was in actual fact applying the test as formulated by Lord Scott in Moncrieff v Jamieson [2007] UKHL 42, [2008] 4 All ER 752, namely whether the servient owner retained possession and, subject to the reasonable exercise of the right in question, control of the servient land. In Moncrieff Lord Scott rejected the tests of whether ownership had been rendered ‘illusory’. He said that he could not see why a landowner could not grant rights of a servitudal character (a servitude is the Scottish equivalent of an easement) over his land to any extent that he wished. He noted that an owner of land over which he had granted parking rights could still make use of it by, for example, placing advertising hoardings on the walls. The judge’s reasoning strongly indicates that although referring to the ‘illusory’ test, he was in actual fact applying the test of whether the servient owner retained possession.

The issue, of course, is that Moncrieff was an appeal from Scotland and Batchelor remains binding law.

What are the implications of this case for practitioners?

The judgment indicates that the courts are now applying Lord’s Scotts’ test as formulated in Moncrieff as opposed to the ‘illusory’ test in Batchelor. When advising clients it will therefore be important to carefully consider the distinction between possession and control on the one hand and use and occupation on the other.

Further, practitioners must give careful consideration to the substance of any agreement as opposed to the terminology used and advise that a court will give effect to a bargain—if at all possible. The deed used terminology which strongly indicated that it was intended to grant a leasehold interest—the document was headed ‘lease’, the parties referred to as ‘landlord’ and ‘tenant’, the landlord is defined as the person entitled to the ‘reversion’, the rights were ‘demised’, the servient landowner had to pay ‘rent’ and had a right to ‘peaceful enjoyment’. The deed further contained positive covenants which would be redundant if the deed granted an easement and not a leasehold interest. The court held that the preferred view was that the deed on its true construction was nevertheless the grant of an easement. Had the court held otherwise, the grant would have been void for non-registration and the servient tenement would have had a ‘windfall’.

Are there any patterns or trends emerging in the law in this area?

Do you have any predictions for future developments?

The law of easements does require clarification and simplification. Regrettably, however, with Brexit looming we may have to wait a bit longer before the government will bring forward proposals to respond to the Law Commission’s recommendations to simplify the law around land ownership, as set out in its report ‘Making Land Work: Easements, Covenants and Profits à Prendre’ (Law Com No 327, 2011).

This article was first published on Lexis®PSL ​Property on ​26 May 2017. Click for a free trial of Lexis®PSL.