Home > Wills in the time of coronavirus: law reform, statutory dispensing powers and a receipe for chili sauce

Wills in the time of coronavirus: law reform, statutory dispensing powers and a receipe for chili sauce 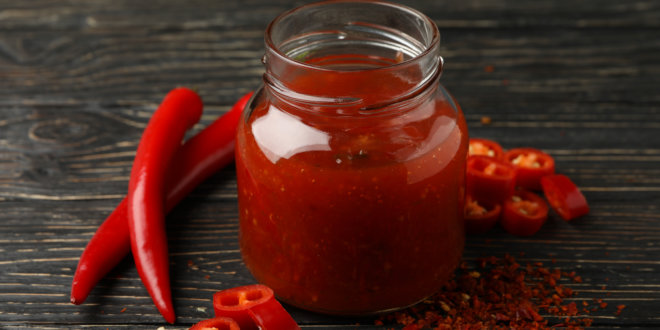 The Law Society and the Ministry of Justice are understood to be continuing to discuss possible solutions to the difficulties of making wills during the coronavirus pandemic. Although lockdown measures are starting to loosen, concerns about the risks posed by face to face meetings and home visits are likely to persist for some time and the needs of people who are shielding, in hospital, or living in residential care, present a particular challenge when it comes to the process of making and attesting a Will.

In my last post, I looked at the question of remote witnessing and offered some practical solutions to the difficulties of witnessing Wills whilst practicing social distancing. In this post, I am taking a look at what is on the table in terms of potential emergency measures to relax will formalities and, in particular, at how a statutory dispensing power might operate.

If you care nothing for Will reform and came only for the chili sauce, scroll to the end. If you are wondering what chili sauce has to do with Wills, I am afraid you will have to read the article.

What is on the agenda in terms of reform?

Ian Bond, Chair to the Law Society’s Wills and Equity Committee, in his recent blog post for LexisNexis explains that the following options have been the subject of discussion:

It is very unlikely that the campaign to allow completely oral wills will find traction. Alex Chalk (Parliamentary Under-Secretary, Ministry of Justice) responding to a question put by another member of parliament on 21 April has confirmed that the government is reviewing the case for reform of the law on making wills in light of the current circumstances. Emphasing the need to protect the elderly and vulnerable against undue influence and fraud, he appears to rule out the possibility of extending the concept of privileged wills to allow wholly informal oral testamentary statements.

It is understood that any emergency legislation to relax Will formalities is likely to be based upon the recommendations of the Law Commission in its 2017 consultation report relating to Will reform. Consequently a temporary measure to permit remote witnessing (as has been adopted in Jersey and a number of Commonwealth jurisdictions), which was not an option proposed by the Law Commission, is unlikely to form part of the solution.

Of all of the above options, a statutory dispensing power, as recommended by the Law Commission, now appears the most likely option. Such powers are commonplace in a number of other jurisdictions, including all of the Australian states, New Zealand, a number of states and provinces within the USA and Canada, and South Africa.

How would a statutory dispensing power operate?

The Law Commission recommended the introduction of a statutory dispensing power that would:

(1) be exercised by the court;
(2) apply to records demonstrating testamentary intention (including electronic documents, as well as sound and video recordings);
(3) operate according to the ordinary civil standard of proof;
(4) apply to records pre-dating the enactment of the power; and
(5) allow courts to determine conclusively the date and place at which a record was made.

Testamentary intention is a familiar concept to English law, since it is already a fundamental requirement for the creation of a valid Will. It is of course an issue that rarely arises where a person executes a professionally drawn Will, in accordance with s. 9 of the Wills Act, in which circumstances testamentary intention can be presumed.

The concept is also unlikely to present any particular difficulty where a person has attempted to execute a Will in accordance with s.9 of the Wills Act but the Will is invalid for some minor failure to adhere to the requirements of s. 9, of the type that arose, for example, in Re Colling [1972] 1 WLR 1440, where a will was invalid because one of the witnesses, a nurse, left the room when the testator was part way through signing his name.

However, the issue of demonstrating testamentary intention becomes more complex when we look beyond documents that were of an obviously testamentary character, but which fail in some minor way to comply with the statutory formalities, and consider records that depart in more radical ways from the statutory formalities, or which are expressed unusually, or which are delivered in a format which is not obviously testamentary, or made in circumstances where there is also an intention to execute a formally valid Will at a later date.

Guidance upon the approach to be taken to the issue of testamentary intention can be found in the domestic case law on privileged Wills as well as in the case law from jurisdictions that already have intention based dispensing powers.

It has been held, in relation to privileged Wills that:

In Hatsatouris & Ors v Hatsatouris [2001] NSWCA 408, a decision of the New South Wales Court of Appeal, Powell JA at [56], set out the questions relating to documents of this kind for the purposes of the NSW legislation:

What about instructions for a Will or a draft Will?

“[54] It is, however, important always to bear in mind that while it is necessary that the document in question sets out the deceased’s testamentary intentions, that is not of itself sufficient. Section 34 does not enable any document which expresses the deceased’s testamentary wishes to be admitted to probate. The document must be intended to be the legally operative act which disposes of the deceased’s property upon their death; that is, it must have been intended by the deceased to have present operation as his or her will. A person may have set down in writing their testamentary intentions but not intend that the document be operative as a will. Thus, for example, it will not be sufficient if it is a document intended to record gifts or intended gifts during the deceased’s lifetime, or to be a note of instructions, or a draft will or a ‘trial run’: In the Estate of Masters (Dec), Hill v Plummer (1994) 33 NSWLR 446 at 455; Equity Trustees Ltd v Levin [2004] VSC 203. As Young CJ in Eq pointed out in Macey v Finch [2002] NSWSC 933 [23], even where a draft will has been prepared in accordance with the deceased’s instructions, it is quite common for testators to change their mind after giving instructions or on seeing the draft will.”

In Sultanova v Bolgarow & Anor [2019] VSCA 245, the testatrix had given instructions to her solicitor to prepare a Will. The solicitor had called her and told her that it was ready and she confirmed that it was exactly what she wanted and that it was “settled”. She told the solicitor that she wanted him to come to the home with the new document as soon as possible so she could sign it, but died before that could happen. The Victoria Court of Appeal upheld the decision of the trial judge that the draft Will prepared but unsigned was intended by the deceased to be her Will. This seems (to an English reader at least) to be a somewhat surprising decision, given that the testatrix had been aware of the formalities for executing her Will, and intended to comply with them, and consequently had intended the executed final document to be the legally operative act which disposed of her estate, rather than the draft Will.

More recently, in Rodny v Weisbord [2020] NSWCA 22, the New South Wales Court of Appeal overturned the decision of the trial judge that an unexecuted second draft constituted the deceased’s last Will, holding that the requirement that the court be satisfied that the testator intended a document “form” his or her Will goes to the testator’s actual intention regarding the operative effect of the document in question. The court must be satisfied that the testator actually intended that the document “operate” and “without more”, thereby constituting his or her Will.

It can be seen from these contrasting decisions that there is plenty of scope for dispute as to whether or not a particular document was intended to have testamentary effect.

What sorts of records may be recognised under the dispensing power?

Subject to demonstrating the necessary intention, a wide variety of testamentary records may be recognised under a statutory dispensing power of the type proposed by the Law Commission, including:

*Case details taken from “Where There’s a Will: A Collection of Wills-Hilarious, Incredible, Bizarre, witty … sad”, by Robert S. Menchin

What would a statutory dispensing power mean for Honora Jenkin’s legacy?

The case of Casson v Dade, which concerned an asthmatic testatrix, Honora Jenkins, has attracted more attention in the last two months than it had ever received in the proceeding two hundred years since it was decided.

Honora was held to have made a valid Will in circumstances where she had retired to her carriage after signing her Will to escape the stuffy office where the formalities were taking place but could have seen the witnesses sign through the window, had she chosen to look. The decision is of interest in the debate around whether or not Wills can be remotely witnessed and as offering a potential solution to the challenge of witnessing Wills whilst socially distancing (the modern day Honora being more likely to be sat in a Volvo than a carriage).

Nonetheless, a statutory dispensing power would provide a solution to the difficulties of making Wills in the age of coronavirus and would be a source of considerable comfort to people who are seriously ill or shielding and experiencing difficulties in making a formally valid Will.

A recipe for Chili Sauce